Phillips’ Hue Motion Sensor seems like the perfect way to automate a great smart lighting platform, but is it?

I’ve been using SmartThings (with a 1st gen hub) for some time, but lately I’ve been interested in moving to a platform that supports HomeKit - enter Phillips Hue. My biggest barrier to moving to an alternate platform has been a distinct lack of motion sensors. It’s pretty hard to have ‘automation’ without an automated way to trigger lights.

Phillips Hue is the natural choice for a HomeKit compatible setup. I’d been waiting for some time for the motion sensor to come out. 2 weeks ago I picked up an entire rig:

I found the initial setup simple enough. Connect the bridge to my network, configure up using my phone - easy. I set about placing bulbs & sensors where I’d want them - namely the bedroom & bathroom. In those rooms I want to just walk in and walk out and let the lights take care of themselves. For other rooms in the house I’ll trigger scenes manually - like in the living room. Adding the bulbs & accessories was dead simple too. Each device was quickly added and configured. Devices were also easily added to HomeKit. All that was necessary was to scan a code provided on the Hue bridge’s box, then all my devices were present in the Home app on my iPhone…except they weren’t.

As it turns out, the motion sensor is not HomeKit compatible. Little did I know when I made the purchase, but for whatever reason Phillips did not see fit to do the needed work to make the motion sensor compatible. In theory they could enable compatibility in a future software update, though HomeKit devices require certain encryption hardware so I’m guessing the requisite hardware simply isn’t present in the sensor.

HomeKit compatibility or no, I pressed on. I figured that I wouldn’t strictly speaking need HomeKit for triggering motion, I could just let the Hue app control that trigger, and worry about setting scenes for my other rooms manually via Siri.

On to the sensor itself. This sensor is quite impressive. Not only does it sense motion, it senses luminance as well - this gives it the ability to determine how bright to set the lights depending on the ambient light in the room. Great! Right way I noticed that this sensor is significantly more sensitive than the Ecolink sensors I use with SmartThings currently. Often my Ecolink sensors fail to sense motion quickly, requiring me to wave my arms about to get them to trigger, the Hue sensor on the other hand caught the motion every time. Even better! So I’ve got a great platform that pretty much just works (unlike SmartThings), and really high quality sensors. Everything should be perfect and happy, right?

As it turns out, Phillips’ software controls for the motion sensor are really dimwitted. While you’re able to set light sensitivity and define how bright you want the light to be depending on the ambient light and time frame, they missed the most important thing with a motion sensor: the ability to override it. At time of writing there’s no way to have a scene take priority over the motion sensor.

If I’m in the bedroom reading the lights turn off every 5 minutes (or whatever timeframe you define), meaning I have to wave my arms around to turn the lights back on. With SmartThings (and presumably other systems) you can define a mode that overrides the typical sensor behavior. Unfortunately there’s just no way to do this within the Phillips app. Presumably using the Home app on iPhone one could define a scene like this, but as said above, this sensor isn’t HomeKit compatible.

There’s no doubt, of the limited lighting systems I’ve played with, Phillips Hue is no doubt the best. The bridge & devices are fantastic. They’re so easy to add, and the lighting control was basically instant (unlike the multi-second delay I get with SmartThings), but the inability to control that sensor as much as I like is a deal-breaker. Phillips might add this functionality, they might not, but I’m not going to wait around to see if it happens. The whole rig was returned the next day.

The good news is that Elgato has announced a HomeKit compatible motion sensor. It’s due out before the end of the year. Perhaps once that is available I’ll try this again. I do have somewhat of a sour taste in my mouth, but I’m hopeful that a Philips + Elgato + HomeKit solution will be sufficient to replace my aging and slow SmartThings setup.


Got my Jet Black 7 yesterday. Fantastic so far. I’m in love with this phone. 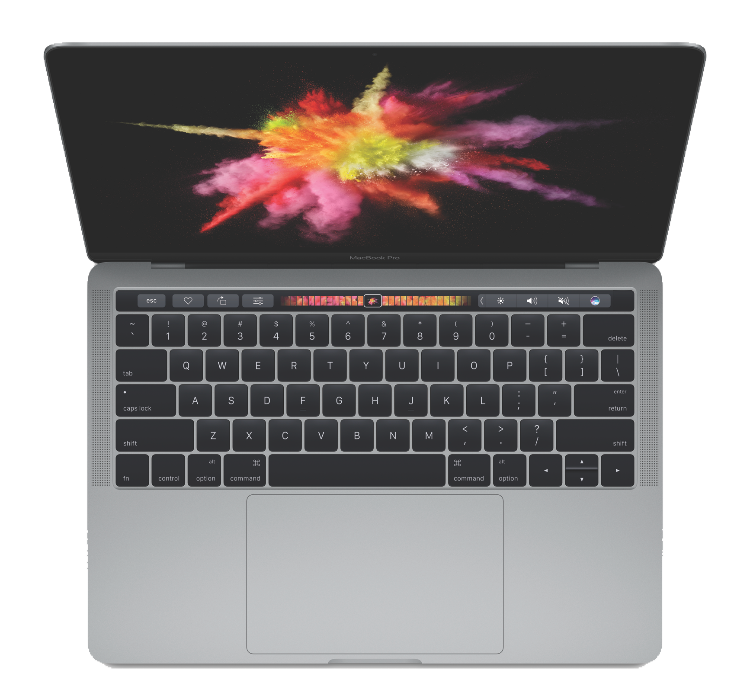 Microsoft believes that traditional computer interfaces and modern mobile-device touchscreen interfaces should be melded together, blurring the lines between tablet and PC. This week’s introduction of the Surface Studio—think of an iMac that can be folded down onto your desk and used as a gigantic iPad—is perhaps the most impressive iteration of that belief to date.

Apple, in contrast, believes that touchscreen interfaces are great and computers are great and they’re not the same thing. Apple has steadfastly resisted adding touchscreens to the Mac, and when you ask the company’s executives why, they have been remarkably consistent on this point for the past few years. What defines a computer, they’ll say, is that it’s made up of two perpendicular surfaces.

There’s a vertical display surface, more or less up and down, right in front of you. And there’s a horizontal control surface—a table or desk or the base of a laptop—that you use for input and control. If you want a Mac, that’s what you get. If you want a touch-based device, get an iPad.


I got the opportunity to play with a Surface Studio at a Microsoft Store yesterday - the machine is absolutely incredible. Incredible!

Surface Studio brings a true drafting table model to consumers. My employer is doing a refresh for our artists soon, I’ve already asked that we get at least one for experimentation. I think it will prove popular.

I’m excited to try the MacBook Pro with Touch Bar. It’s a marked difference in computing perspective from Microsoft. Apple has created a technology that will prove valuable for both creative professionals and regular consumers.

It’s great to see both innovations from both companies.

One small thought though: $1799 for the base MacBook Pro with Touch Bar hurts. For the average Apple consumer that’s still spendy.

I got the chance to play with the non-Touch Bar 13” MacBook Pro this afternoon.

The machine is noticeably thinner and lighter than the 2015 product, which is nice - but I’m not sure it was needed. I’m impressed by the keyboard, it’s a noticeable (although minor) improvement over the 12” MacBook Nothing keyboard. I can’t say I was the biggest fan of the 2015 product’s keyboard, but the one on this new machine is decent. Also, the new trackpad is GIGANTIC! No, really it’s huge. Take how big you think it is - now make that 30% larger - that’s how big it is.

I’ve been waffling back and forth for ages about which of the Apple portables to get when I replace my machine next. I think at this point I’m firmly in the Macbook Nothing camp. This isn’t a knock against the new Pro at all, but it has become clear to me that the Macbook Nothing is the more appropriate machine for me.

Played with a Touch Bar MacBook Pro over the weekend.

I only had 5-10 minutes with it. I’m not totally certain what I think. Touch bar strikes me as something interesting, but not something the new MacBook Pros needed.

Within the stock apps there is great functionality, but we’re obviously going to need 3rd party developers on board as well. Some of the interfaces (like adjusting volume) are fantastic, others are just downright confusing. I found myself getting a couple menus deep, then I’d forget how I got there.

Really rad keycap set from The Van Keyboards. This set was already used as an optional addon for the Minivan keyboard when it dropped on Massdrop. Now a full LightCycle keycap set is being offered.

The set is DSA profile, manufactured by Signature Plastics. What’s quite notable about this set is the inclusion of Alps mount as an option. This is one of the very very few custom Alps keycap sets that’s been produced. The only other full set I’m aware of is Njbair’s Alpine Winter, which I used on my Blue Alps board. Even more rad than even basic Alps layout support (Alpine Winter only supported 60%) is the compatibility set.

The compatibility set expands the supported layouts significantly - including ErgoDox, Planck, and Clueboard.

I’m very excited for the possibilities for this set. I’m not sure what I’d build with it, but I ordered the base + compatibility for Alps mount switches. I’ve got plenty of SKCL Green and SKCM Brown switches on hand, so I figure I’ll use one (or both) of those for a board with these keycaps.

[via The Van Keyboards]

I am sad to inform you that this pre-order for LightCycle has been cancelled.
…
Unfortunately when I quoted the set much of it was together as one large set how I initially intended to run it. Over time and adding various components in made sense to split the set in a couple subsets. I didn’t re-quote since much of the keys quoted didn’t actually change, just the grouping of them. This was a mistake. Rearranging the large set into three smaller sets caused the compatibility/international set to be priced significantly below production cost.

Incredible short film from Lou Hamou-Lhadj & Andrew Coats of PIXAR. They spent the past 5 years working on this in their spare time. They’ve won a host of awards at various film festivals, and deserve every one. It’s so refreshing to animation take on a mature theme, and to do so with such brilliant storytelling.

From the featurette on the film: